Land purchases by elites: the other face of land grab in Africa?

- Since the food crisis of 2008, a considerable number of media reports have shed light on large scale farmland acquisitions by foreign investors in developing countries, Sub-Saharan Africa in particular.

- While the media essentially emphasized the role of foreign investors in land grab, other actors are actively involved in land acquisitions in African countries: local elites.

- Although land acquisitions by local elites is a phenomenon largely unknown by the public, empirical studies reveal that, like land grab by foreign investors, this type of land grab threatens vulnerable groups access to livelihoods resources.

The later years have witnessed a strong interest for large scale acquisitions of farmland by foreign public or private investors in developing countries (see Cotula et al., 2009). With around 70 percent of land deals targeting African countries, the continent is since 2008 the first affected by this phenomenon. Friis and Reenberg (2010) estimate the amount of land concerned by land grab in Africa between 51 and 63 million hectares, i.e. an area equivalent to the area of France. At the country level, countries like DR Congo and Mozambique are particularly concerned by large-scale land acquisitions which account for respectively 49 percent and 21 percent of agricultural area (for more details, see Friis and Reenberg (2010)). Identified key drivers of large scale land acquisitions are high food prices and concerns about food and energy security (see Vermeulen and Cotula, 2010; Cotula, 2012 and references herein). The figures below show the distribution of publicly reported deals by region (Land Matrix database available on http://landmatrix.org/).

Figure 1: Land acquisitions by region, number of projects and size

Although it remains difficult to have a clear picture of the land grab issue in Africa, several mediatized [1]  land deals in Madagascar, Sudan, Mali, Ethiopia, Mozambique have contributed to draw attention of scholars, civil society, as well as development agencies on this issue (Cotula and Vermeulen, 2009; von Braun and Meinzen-Dick, 2009; AndrianirinaRatsialonana et al., 2011, Deininger et al., 2011; Anseeuw et al., 2012, etc.). Thus, a growing body of the literature on land grab is questioning the implications of land grab for agricultural production, infrastructures development, employment and also for poor rural household's livelihoods. Regarding the latter, results of case studies from Ethiopia, Mozambique and Tanzania reported in Cotula et al. (2009) and Vermeulen and Cotula (2010) suggest an overall negative impact of land acquisitions on rural populations. This negative impact may be attributed to the fact that large-scale land acquisitions are responsible for smallholder loss of farmland. Indeed, the perceived land abundance in African countries that explains foreign investor's interest for the continent hides another reality. Due to rapid population growth, urbanization and related change in land use, as well as land degradation, farmland availability in African rural areas is increasingly difficult. Moreover as noticed by Cotula et al. (2009), the so-called under-used lands in African rural areas may be exploited by households for shifting cultivation or grazing. Thus, large-scale land acquisitions accentuate the competition over land, especially as investors are often interested in high value lands. Another important issue is the process of land acquisition by investors and especially the involvement of local populations in this process. It is noteworthy that a large majority of land in African rural areas is held under customary land law. As emphasized by Vermeulen and Cotula (2010), while in many African countries local populations land rights (use rights principally) are acknowledged within formal law, they are not necessarily protected. The authors also note that no African country do confer the right on local populations to prevent land from being attributed to investors by government agencies in particular. However, as stated by the authors, in countries such as Ghana, Mozambique and Tanzania, local populations affected by land deals are involved in the land acquisition process. For instance, land transfers must be approved by the communities or customary leaders that have rights over the land in question (Vermeulen and Cotula, 2010). While it is a step toward greater inclusion of local populations in the land acquisition process, it also raises the issue of vulnerable groups such as women, migrants and pastoralists. Indeed those groups, which are the more likely to lose access to land, are often excluded from decision-making processes for the approval of land deals by local communities. This situation may be explained by the fact that, due to a relatively low bargaining power, those groups already suffer from restrictions in access to, use rights over land (see for example de Schutter, 2011).

Land acquisitions by African elites: a gap in the literature?

While media reports on land grab have contributed to alert public opinion about the potential consequences of land grab by foreign investors in Africa, land acquisitions by local elites remain a largely unknown phenomenon [2] . Moreover, the existing literature on land grab in Africa mainly emphasizes land acquisitions by foreign public or private investors. However, as pointed out by several empirical studies, land acquisitions and related dispossession of smallholder farmers in countries such as Benin, Burkina Faso or Nigeria may be essentially attributed to local investors. As stated by the World Bank, local investors account for at least 50 percent of land acquisitions in Ethiopia, Mozambique and Sudan. Moreover, figures for Nigeria show that local investors acquired 90 percent of the area allocated in the country (see Deininger et al., 2011) [3] . While these figures must be taken with caution as local investors may act on behalf of foreigners, they contribute to put the light on a phenomenon that threatens livelihoods and food security of rural households, vulnerable groups of people in particular, in several African countries. Moreover, other empirical findings, in African peri-urban areas in particular, confirm the increase in land sale market activities due to land demand from urban elites (see for example Benjaminsen and Sjaastad, 2002). However, it is worth noting that the phenomenon of land acquisitions by national investors is not restricted to peri-urban areas. Indeed, empirical studies in West and Southern African rural areas, suggest that land acquisitions by civil servants, government officials or businessmen are responsible, inter alia, for a rapid decrease in land reserves in some localities. As in the case of land acquisitions by foreign investors, the related increase in pressure on land has further implications for women and migrants [4] , whose access to land is being reduced (Zongo and Mathieu, 2000; Hilhorst, 2011).

In addition to livelihoods considerations, it should be stressed that, no matter if involving national elites or foreign investors, land grab further raises the issues of the future of smallholder agriculture and the increase in agricultural productivity. If the success of large farms in countries like Brazil is a plea to foster large mechanized farms in African countries, empirical evidence in African countries showed the poverty reduction role of small farms as well as large farms failures to promote agricultural and rural development (see Binswanger et al., 1995; Diao et al., 2010). Therefore, regarding the latter, a good step toward agricultural and rural development in Sub-Saharan Africa could be the redefinition of the existing land and rural policies.

[1] See Friis and Reenberg (2010) and the online database by GRAIN (farmlandgrab.org) for media reports on land deals.

[2] As mentioned by Cotula (2012), this situation may be explained by the lack of attention paid by the media to deals involving national investors.

[3] Statistics are drawn from the inventory data for the period 2004-2009 that have been collected for the study.

[4] We should keep in mind that the « migrants » category is not homogenous. Indeed, several studies in the African context have shown that better-off migrants may contribute to women and poor migrants' loss of access to land (see Dabiré and Zongo, 2005).

- T. A. Benjaminsen and E. Sjaastad. Race for the prize: Land transactions and rent appropriation in the Malian cotton zone. European Journal of Development Research, 14(2):129152, 2002.

- S. Vermeulen and L. Cotula. Over the heads of local people: consultation, consent, and recompense in large-scale land deals for biofuels projects in Africa. Journal of Peasant Studies, 37(4):899916, 2010. 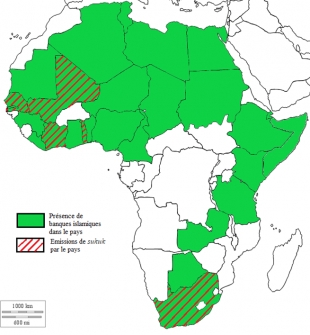